The Bald faced hornet belongs to the genus of the yellow jackets and is prominently found in North America and is commonly sighted in South Eastern parts of the United States and the Western coast of Canada. It can be easily identified with its prominent white face and hence is also known as the white faced or white tailed hornet. Dolichovespula Maculata as it is biologically known belongs to the paper wasp family rather than the hornet which is prominent by its large papery nests. They love to build their nests on wooden structures and can be seen near human habitats.

Though it is named as a hornet, this belongs to the yellow jacket genealogy. But unlike the yellow jackets, it does not have a yellow tinge. The ivory marking on its face is the reason for it being named as the bald faced hornet. The prominent black and white colour bodied wasp grows about 20 mm long. The smoky winged species can be identified with its black and white color pattern that is significant in its head, thorax, antennae and abdomen. It can be easily confused with the European hornet as it is similar in size but its bald faced head and the three white stripes in its abdomen distinguishes it from the former. 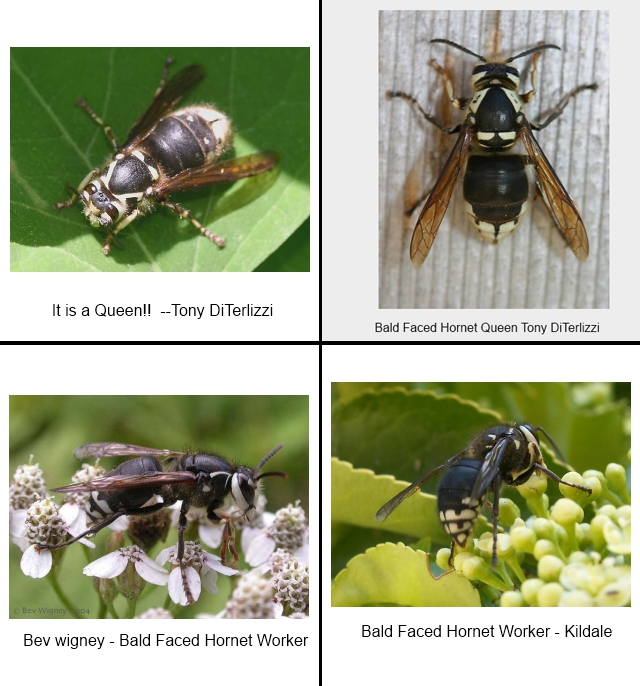 Bald faced hornets make their appearance in Northern America during the late summer months. They are actually colonial species much similar to the bees, ants, etc. Their hierarchy starts with the queen and ends with the workers or scouts. Much alike the other colonial species, there is only one queen in a nest. The bald faced hornet queen is the sole reproductive member of the colony. She lays both fertile and infertile eggs. The infertile eggs transform as larvae to emerge as female workers in the colony.

The larvae are fed by the queen till the time they pupate and emerge as adults. The nests of these specimens are built with paper like material which is nothing but chewed wood. They can be easily identified given their grey color foot ball shape. It is believed that a single nest can house about 700 bald faced hornets at ease.

They are relatively harmless specimens and do not attack or sting unless they are threatened. They are less aggressive than the others of their kind but are completely protective of their nest and colony and hence they sense danger when someone approaches within three feet of their nest. It is best recommended that nests that are away from humans be undisturbed. Bald head hornets are actually helpful as they can tidy up an area of insects and yellow jackets. 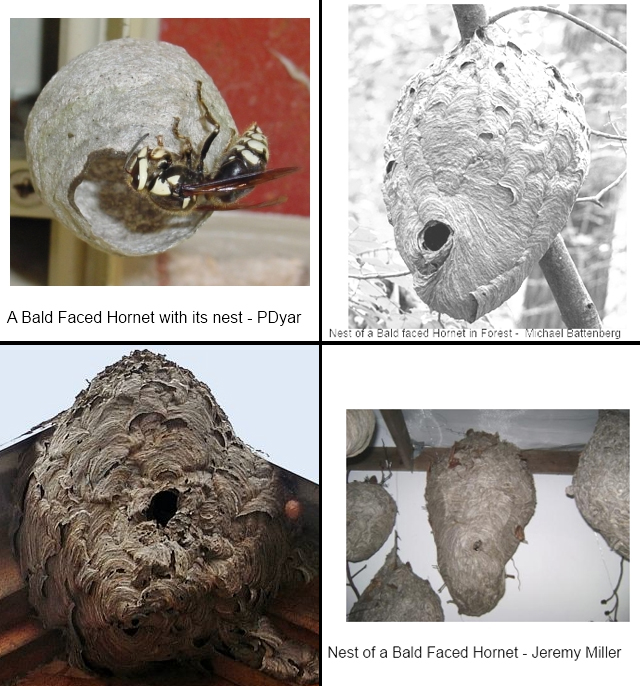 Fertilized queens that have weathered the winter become active in the early part of the summer and start building their nests. Cellulose from rotten and weathered wood is chewed and using her saliva, she makes a paste that is papery to construct the nest. The nests are built at a higher level and are constructed at least three feet from the ground. They prefer an aerial view and build their nests on high raised structures or trees. The nest is interwoven with twigs and branches which make them strong enough to battle the elements. The entrance lies at the bottom of the nest.

The most popular places for nests are high tree branches, high wooden structures and under the eaves of buildings that offer protection and safety against predators. The nest is either off white or gray in color. It resembles a football and can reach up to 24 inches in height and 18 inches in width. The nests are built with air vents that help hot air to escape but at the same time provide shelter against the rains.

Life Cycle and Feeding Habits of the Bald Faced Hornet

The nest is built with brood cells which houses the eggs that are deposited by the queen. The eggs hatch into larvae which remain in those cells and are cared by the queen. They are fed with chewed up insects initially by the queen. The larvae then pupate and emerge as adult working female hornets. The emerged adult workers then take charge of the building, protection, maintenance of the nest and feeding of the larvae from then on. 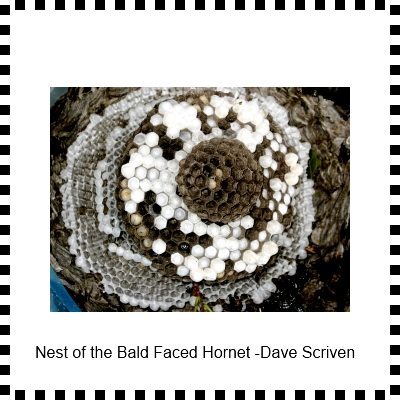 The queen remains busy throughout the summer laying eggs on a continuous basis to fill in the cells helping the nest grow in size. The larvae are fed on protein in the form of live prey which is usually live insects, flies and yellow jackets. With the larvae developing into adults in quick time (less than 15 days), there is less mouths to feed. The bald faced hornets then feed on nectar, sap, fruit juice and other food that are high on carbohydrates. Though the colonial growth is slow at first, it becomes full in no time.

The last days of summer and early part of the fall, the queen lays eggs that will pupate and emerge as adult queens and males. These males mate with the new queens and die in the process while the fertilised queens take shelter in dark warm places for the winter to build separate nests during the following spring. All other bald faced hornets in the nest including the queen die by the beginning of fall.

Image of the Queen, Workers and Male Bald Faced Hornets 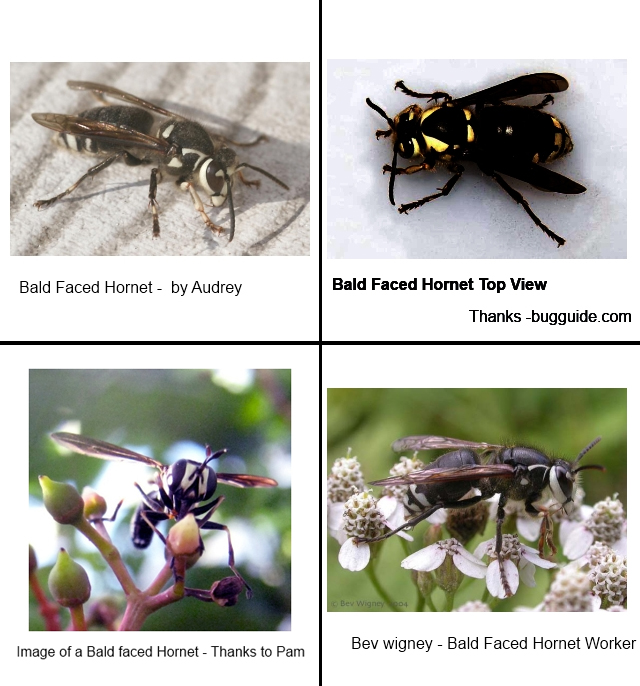 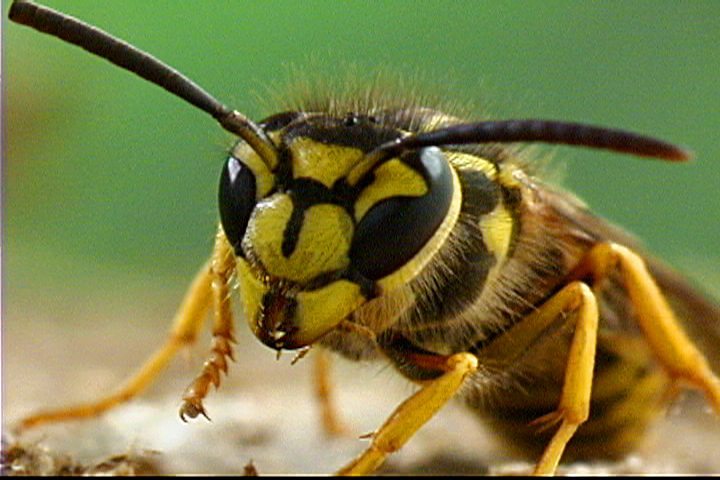