Asian Giant Hornets are the larger breed of wasps that are eusocial in nature much similar to bees, ants and termites. Their hierarchy is based on their ability to reproduce and hence is divided as the reproductive queens and sterile soldiers and workers.  They all fall under the biological classification of Vespa and can be distinguished by their larger vortexes and round gasters from the other vespines.

There are plenty of varieties of hornets, and some of them are known for their venomous stings. The most feared among them is the deadly Asian giant hornet which has the most venomous sting of all insects. This species is native of the tropics and can be found in numbers especially in eastern Asia. Vespa Mandarinia, the Asian giant killer hornet, is the world’s largest hornet. They are aggressive and fearless which spells doom to their victims. 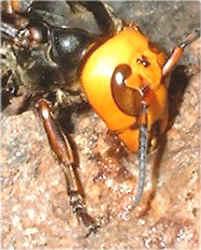 The average adult Asian hornet soldier or worker grows up to 4.5 cms and the queen about 5.5 cms in length. The wing span is about 76 mm and its 6 mm sting helps in injecting venom into the body of its prey. It has a wide head when compared to the other vespain species. The body has a generous splash of orange starting from the head, clypeus, antenna and mandibles. The body has a distinctive golden tint which makes it easy to identify.

These giant hornets can travel long distances in a single day. It can cover about 100 kms in a day with a speed of 40 kmph. Being a relentless hunter, such flying speeds can help in capturing its prey which are large insects especially bees. They attack beehives in synchronization especially to capture the honey bee larvae. 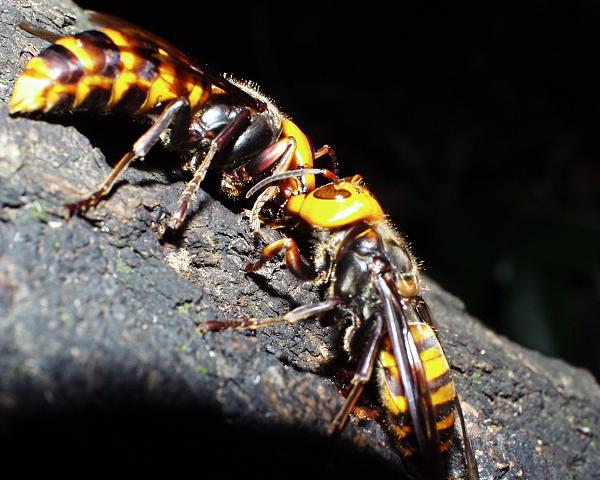 The attack is carried out in a wonderful manner – two or three soldier hornets cautiously approach an identified nest while giving off pheromones. Pheromones attract the other hornets from the nest and together they attack the bee colony. Such synchronised attacks can completely devastate a honey bee colony as the bees stand no chance against these venomous creatures. Once empty, the killers feast on the honey and take home the larvae to feed their own larvae in their nest.

Asian giant hornets not only kill for food but also to protect themselves. It attacks anything that it perceives as a threat, in single minded devotion of destroying it completely, even humans are not spared and hence these hornets are considered very dangerous. Most hornet species’ venom can be fatal if they attack in unison on a person who is allergic to it. But the Vespa Mandarinia’s venom can turn fatal for a person even if she/he is not allergic. The sting has no barbs and hence it can sting its victims multiple number of times. It is believed that a couple of stings can attack the human nervous system and if not treated on time can be a goner.

Apart from the popular venomous sting, they have an arsenal of weapons to attack. The hornets release streams of flesh melting acids right into the eyes of its victims blinding them instantaneously. This makes the victims vulnerable against their stings and hence they succumb easily. These hell raisers are responsible for dozens of deaths every year in the eastern parts of Asia especially China and Japan. More so, there are hundreds of cases where people are hospitalized with some serious stings from these horrifying bugs.

The Japanese giant hornet (Vespa mandarinia japonica) is a subspecies of the Asian Giant Hornet family. It is comparatively smaller in size. Adults grow up to 4cm. True to its name; this species is popularly found in the rural areas of Japan.

Asian giant hornets in spite of being bee attackers never feed on them. Fact remains that they cannot digest solid protein. They never can feed on their prey – instead they attack large insects, chew on them and feed them to their larvae. The adult soldiers feed on an amino acid mixture that is secreted by the larvae. This clear liquid is the diet for these humongous hornets. Vespa Amino acid is strong in nutrients which help in keeping up the required nourishment for these large sized bugs. 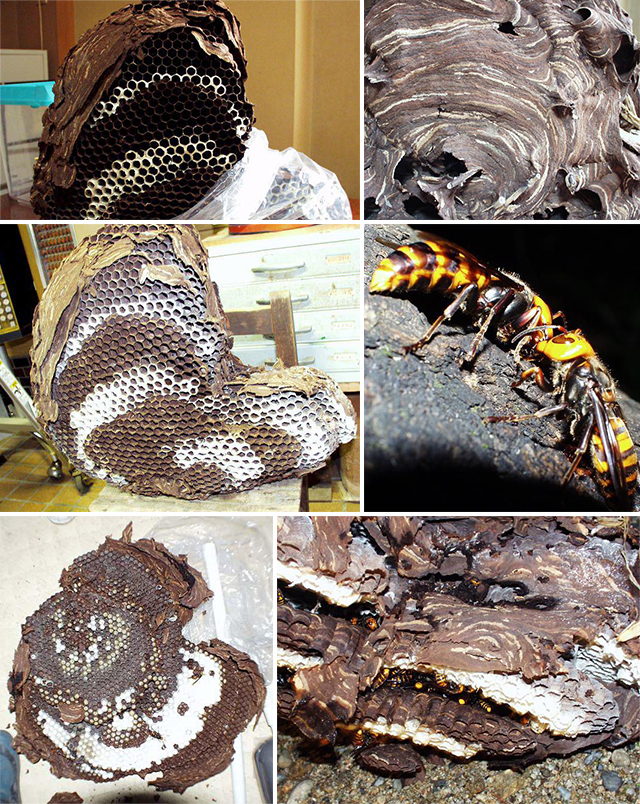 These Giant Bugs build their nests in trees and rural areas where human population is scarce. The queen usually chooses to build the nest during spring. A fertilised queen lays an egg in each cell of the nest that hatch within a week. The five stage metamorphosis takes about a fortnight by which the first generation of scouts is ready to fly out.

By the end of summer, the colony has about 700 scouts that are mostly female. This point the queen lays both non fertilised (male) as well as fertilised (female) eggs. Adult males leave the colony and die once they mate with the young queens. The current queen and scouts die during the autumn leaving the new queens to survive the winter and start over the nesting and reproduction process for the following spring. The average life span for the Asian giant hornet is 3 – 5 months.

• Asian Killer Hornets are being raised as pets in the USA

If you liked the Article, do not hesitate to share it with your friends

Thanks to vespa-crabro.de who provided the images. 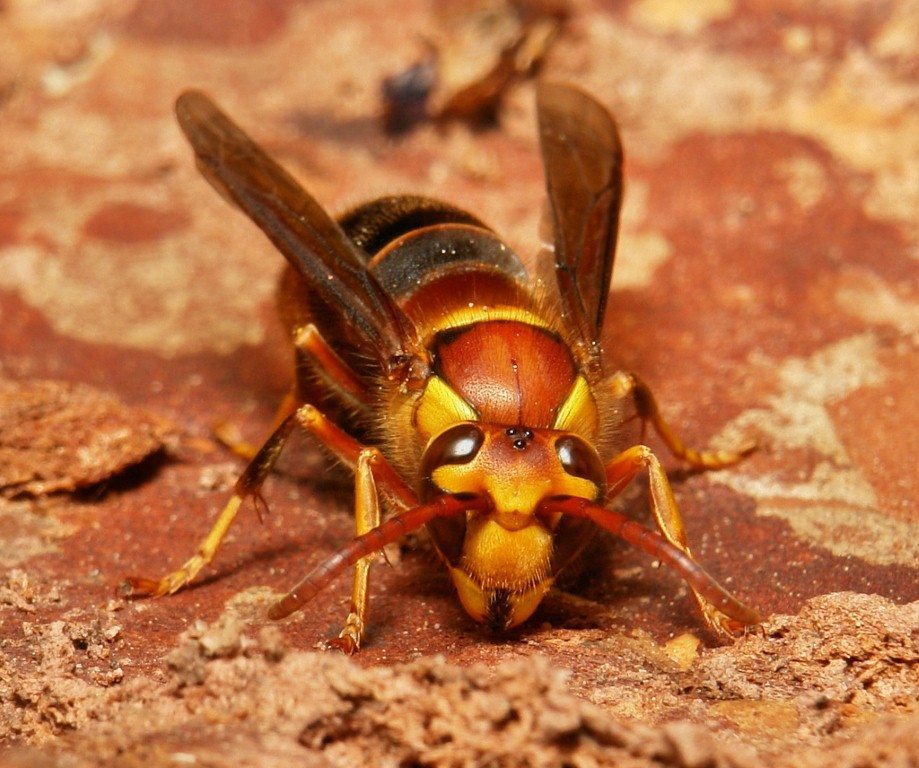 Spread the loveVespa Velutina is one of the most common species among the Asian hornets. …